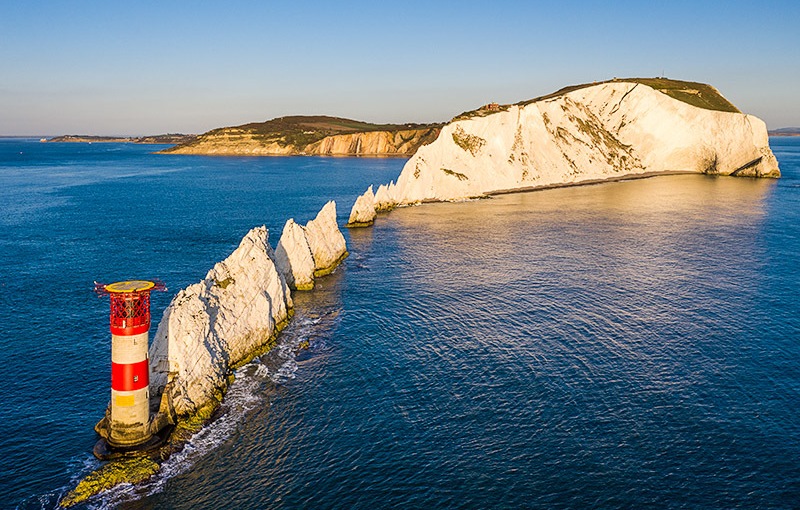 The history of the Isle of Wight dates back to the Iron Age, with much evidence of settlement being discovered through archaeology and ancient structures which still stand today.

This military battery was built in 1861 to 1863, and its purpose was to protect the West end of the Solent and defend against the enemy ships.

How did the rocks get there name?

Originally, there were four rocks. The name the Needles comes from the fourth rock, which was needle-shaped and known as ‘Lot’s Wife’.

Sadly, that 4th pillar fell down in 1764, and the collapse was that great, it is said that it was felt in Portsmouth, on the other side of the Island and over The Solent.

These unusually vertical rocks are a result of heavy folding of chalk. The remaining stacks are of very hard chalk that is resistant to erosion.

They have a chair lift to take you down to the beach at the bottom of the cliff, here they have boat rides available to the base of the needles. They can range from a 15 minute ride or 20.